EGSInc. has a core management team based in Santa Rosa, California, led by Founder and President, Paul Brophy and CEO  Gene Suemnicht. EGS has specialized in geothermal resource exploration and evaluation for over 30 years. 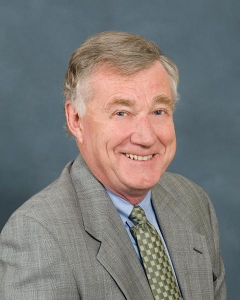 Paul founded EGS, Inc. in 1995 and has been company President since that time. Prior to forming EGS, Mr. Brophy was a Senior Associate with Dames & Moore from 1990 until 1995 and a District Geologist for California Energy Company. Paul earned his M.S. from the University of Leeds, England, and a B.S. from the University of London, England. Mr. Brophy has served as the President and as a Vice President of the Geothermal Resources Council, and on the Board of Directors for the International Geothermal Association and the Geysers Geothermal Association. Mr. Brophy has over 40 years of experience in geologic and resource assessment services. Paul is a registered Professional Geologist and Certified Hydrogeologist with the State of California. He received the Joseph Aidlin Award from the GRC in 2011 for his lifetime contributions to geothermal exploration and development.

Gene joined the EGS team as Chief Geologist in January 2009. Mr. Suemnicht worked previously with Unocal, Geothermal, Ormat Technologies, IT Corporation and MacTec Engineering & Consulting. He has more than 45 years of professional experience in geothermal exploration and development throughout the western United States, Canada, Central and South America, Europe, the Middle East, and Asia and has worked as the technical lead or project manager for geothermal exploration efforts, field development projects and facility decommissioning and environmental remediation. He was responsible for the geologic evaluation and planning for more than 600mw of geothermal development for Unocal Geothermal at The Geysers in northern California and in the Imperial Valley in southern California. Gene earned an M.S. from the University of Arizona and a B.S. from Southern Oregon University. He is a registered Professional Geologist in California and Texas and a Registered Environmental Assessor. Hey has served Board of Directors for the Geothermal Resources Council, and on the  the International Geothermal Association and the Geysers Geothermal Association and is an active member of the International Geothermal Association (IGA), American Geophysical Union (AGU) and the Geologic Society of America (GSA). He received the Joseph Aidlin Award from the GRC in 2015 for his lifetime contributions to geothermal exploration and development.